Loading...
BioHorizons International Symposium
Global Insights on Implant therapy:
A Passport to successful aesthetic results
Cartagena, Colombia • May 31 - June 1, 2019
Hotel Estelar Cartagena de Indias
Thank you to all of our attendees from more than 17 countries for a great Global Education Tour stop in Cartagena, Colombia last week. We learned a lot from our speakers and had a wonderful time celebrating with you at our Gala Celebration to close out the event.
Next stop: Tokyo!
Block your calendar, check your passport and make plans to join BioHorizons in Cartagena, Colombia for the 2019 International Symposium May 31-June 1, 2019.

Cartagena is located on the edge of the Caribbean where the turquoise sea joins palm tree lined beaches beneath the old city walls. The Hotel Estelar, located in Bocagrande area, welcomes our congress with breathtaking views of the Caribbean Sea, spa and restaurants that feature local and international cuisine.

Don’t miss out on this opportunity to take part in our exceptional educational program while visiting one of South America’s most vibrant cities.

See you in Cartagena!

Aesthetic implant dentistry will be the focus of this course. In the past, a general tendency was to mimic/copy teeth with implants functionally and aesthetically. The same surgical techniques from oral surgery or periodontology were used in implant surgery but were aesthetically unsuccessful. By determining new incision positions, depth, and angulation according to the interproximal bone and soft tissue biotype, we are changing the way we do aesthetic implant surgery today. New incision flap designs and suturing techniques have been developed to address the aesthetic needs around implants to avoid or correct failures in the aesthetic zone. Techniques to preserve the soft tissue and repair soft tissue failures around implants will be taught. 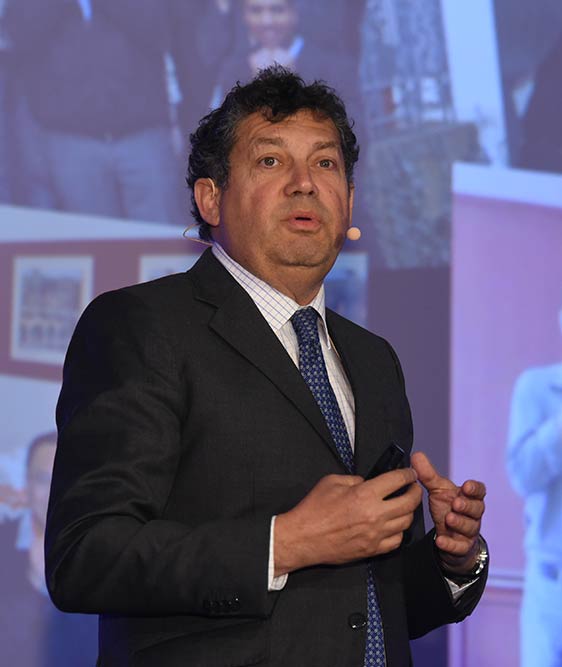 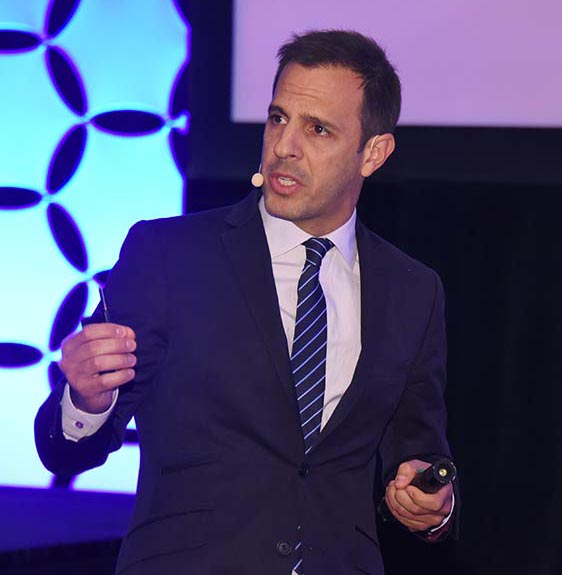 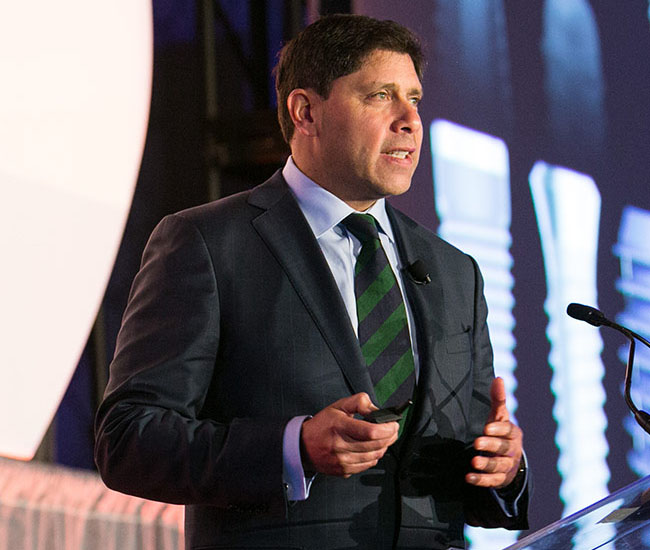 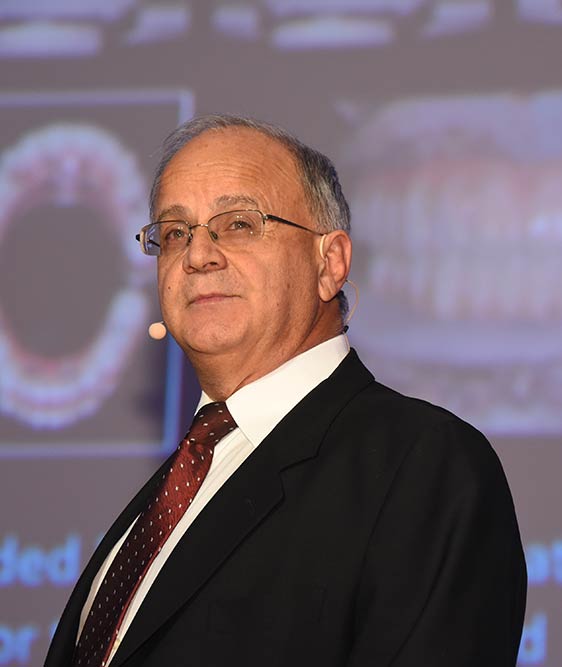 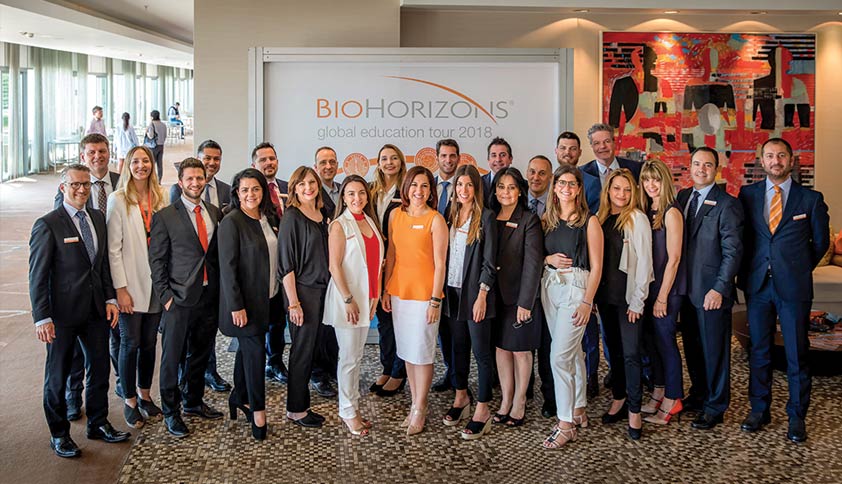 18:00 - 19:00
Join us at the Estelar Hotel Terrace for a flow of drinks and the opportunity to greet and mingle with colleagues from around the world.
Saturday, June 1, 2019

19:30
Baluarte de San Ignacio
Traditional "Colombian Chivas" will pick up all attendees from the Estelar Cartagena Lobby to the Old Town at 19:00pm

Outdoor event • Cocktail attire — as a plus include your favorite orange accessory! Invitation valid for registered attendee plus one guest • For more than two guests additional fees apply; see registration form for details • Traditional buffet, drinks and entertainment will be provided 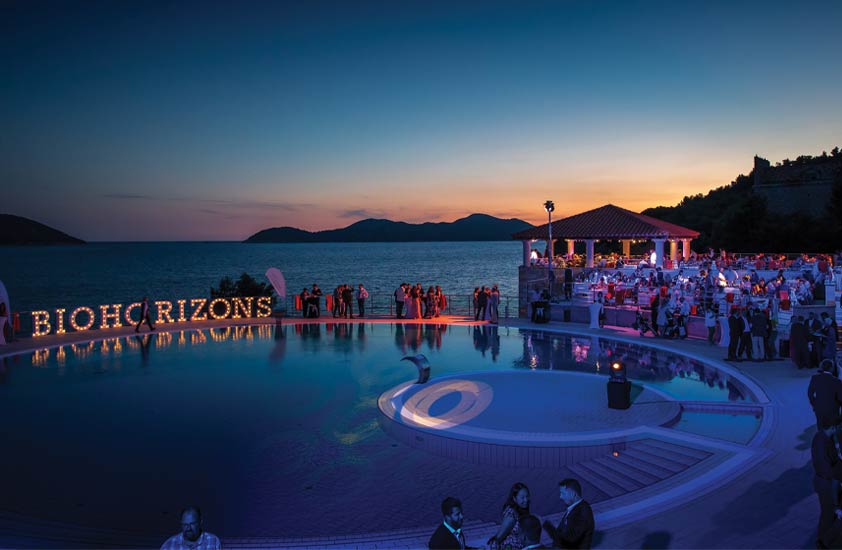 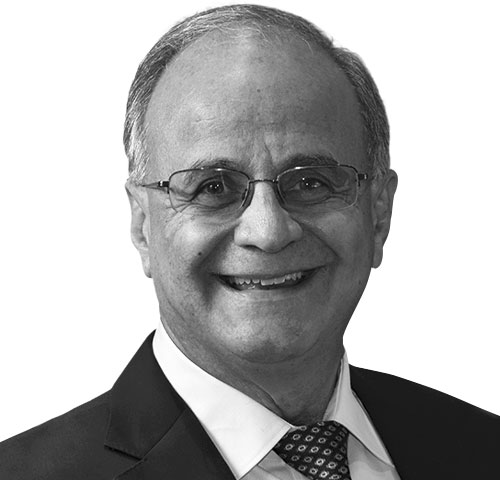 Michael Pikos
He is a Diplomate of the American Board of Oral and Maxillofacial Surgery, Diplomate of the American Board of Oral Implantology/Implant Dentistry, Diplomate of the International Congress of Oral Implantologists and a Fellow of the American College of Dentists. Dr. Pikos is the recipient of the 2006 Aaron Gershkoff Memorial Award from the American Academy of Implant Dentistry and the 2015 Saul Schluger Memorial Award for Top Educator. Dr. Pikos is founder and CEO of the Pikos Institute. Since 1990 he has been teaching advanced bone and soft tissue grafting courses with alumni that now number more than 4300 from all 50 states and 43 countries. Dr. Pikos maintains a private practice which is limited exclusively to implant surgery in Trinity, Florida. 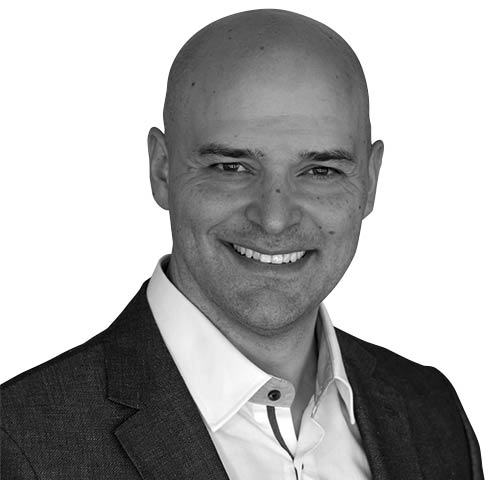 Ramón Gómez-Meda
Dr. Ramón Gómez-Meda obtained his Degree in Dentistry from the University of Santiago de Compostela in 1996 with the best marks. As a result, he obtained the Thesis Award of the Autonomous Community of Galicia for Academic Excellence and a Grant from the College of Dentists of Cordoba to the best Academic record among the Spanish Dental Schools. Master of Occlusion and Temporo-mandibular Dysfunction (Valencia, 98). Postgraduate training in Orthodontics with Prof. David Suarez Quintanilla in the University of Santiago de Compostela (98-99). He graduated in Periodontics and Implantology (Madrid 99-00) and completed this study with clinical stays in colleges, hospitals and clinics in Europe and America. In the present he is a lecturer for the Continuing Education Committee of the General Dental Spanish Council since 2011 and visiting lecturer on periodontics and esthetic dentistry in different post-graduate programs. 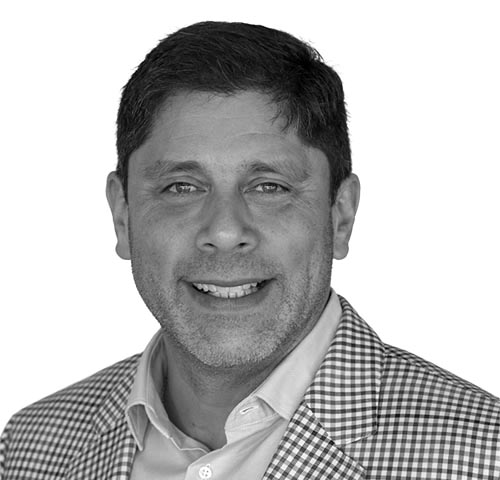 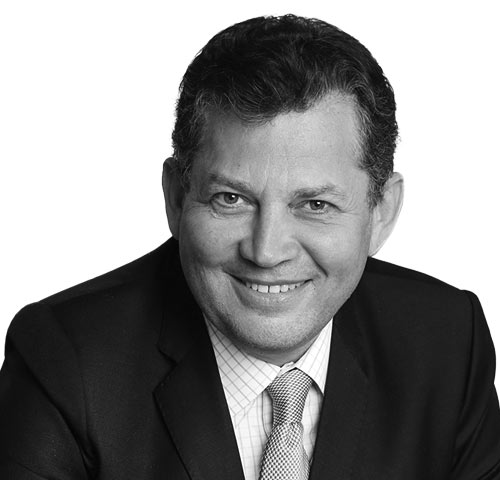 Marius Steigmann
Dr. Marius Steigmann graduated the school of Dental Medicine in Neumarkt in 1987. In 2005 Dr. Steigmann received his PHD Summa cum laude from University of Neumarkt. Dr. Steigmann is Adjunct Clinical Associate Professor at the University of Michigan Dpt. of Periodontics, Adjunct Assistant Professor of Oral and Maxillofacial surgery at Boston University, Adjunct Assistant Professor at University of Pennsylvania Dpt. of Endodontics and Honorary Professor of the "Carol Davila" University Bucharest. He is a Diplomate of the ICOI and a member of the board of the DGOI. He also received the medal of "Semmelweiss" Budapest University Dental School Dept. of Oral and Maxillofacial surgery. He is the founder and Scientific chairman of "Update Implantologie Heidelberg" 2002-2011 and the founder and director of the "Steigmann Institute". Dr. Steigmann maintains a private practice in Neckargemünd, Germany. 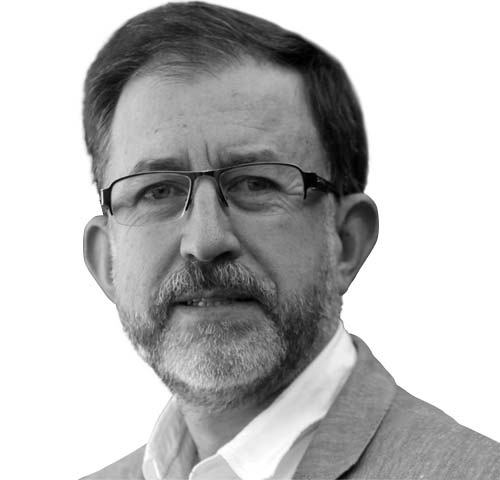 Nelson R. Pinto
The award-winning Professor Pinto is the founder and Chairman of the Research Center for Tissue Engineering and Regenerative Medicine-Chile. For the past thirty years he maintained an active private practice specializing in Advance Oral Implantology. Currently, Dr. Pinto is Professor at the University of the Andes, Chile, Department of and Periodontics and Implantology and Visiting Professor at the Department of Oral Health Sciences and Periodontology, University Hospitals Catholic University, Leuven, Belgium. He is a world leading expert in L-PRF, soft and hard tissue regeneration and wound healing. Among his many accomplishments, are his development of the Natural Guided Regeneration Therapy for chronic wound treatment, for which he has being awarded as: Best Oral Research Presentation at the 4th Congress of the World Union of Wound Healing Societies, Sept. 2012, Journal of Wound Care & World Union of Wound Healing Societies 2016 Award for best Contribution to Clinical Research years 2012 -2016 and in 2018 he received the Punyaarjan Humanitarian Service Award - 2018. 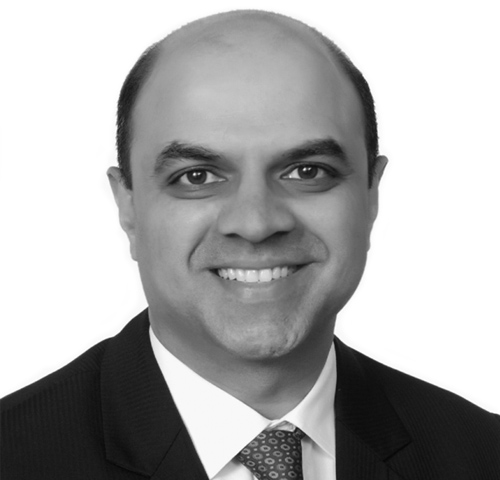 The art of partial extraction therapy

Udatta Kher
Dr. Udatta Kher graduated from Government Dental College and Hospital, Mumbai in 1990 and followed that up with masters in Oral Surgery from the same institute. He maintains two practices at Pali Hill and Lokhandwala complex, Mumbai. His main focus in practice is towards implantology, laser dentistry and restorative dentistry. He is a visiting Professor in the 'Implantology Department' at SDM Dental College, Dharwad. He is the 'Study Club Director' for the Mumbai Seacoast Study Club of the 'International Team for Implantology'. He is also a registered 'ITI Speaker'. He is a Founder member of the 'Indian Academy of Laser Dentistry'. Dr. Kher also holds a 'Diploma in Laser Dentistry' from Aachen University, Germany. He is the Director of 'Impart Education', an academy for guiding and nurturing clinicians towards evidence based dental practice. He is also an expert on Dental XP, one of the largest portals for online education in the world. 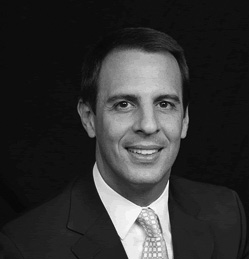 Guido Sarnachiaro
Dr. Sarnachiaro, received his dental degree from the Universidad de Buenos Aires Facultad de Odontologia, graduating magna cum laude. He completed his Oral Surgery Residency Program in the Hospital Interzonal de Agudos Eva Peron and obtained his certificate in Prosthodontics at the Instituto Cientifico Buenos Aires. Dr. Sarnachiaro completed a Fellowship Program in Oral Implantology as part of the University of Pittsburgh's continuing education program in Argentina. Relocating to the United States in 2003, he received his U.S. DDS degree from the New York University College of Dentistry (NYUCD), once again graduating with honors. He is currently an Assistant Clinical Professor at the Columbia University College of Dental Medicine’s Department of Prosthodontics, and at the Temple University School of Dentistry’s Department of Periodontology-Oral Implantology. He is a Clinical Professor at the Maimonides Universit School of Dentistry. Dr. Sarnachiaro has done extensive research in the fields of dental implants and related biomaterials. He has lectured throughout the United States, and in Argentina, Brazil and Italy. 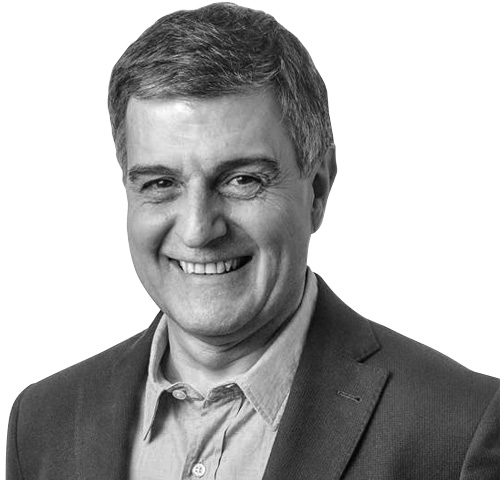 Pedro Gazzotti
Dr. Pedro Gazzotti graduates as a dentist at the University of Buenos Aires in 1985 and finished his specialty is prosthodontics. Dr. Gazzotti has a private practice in Buenos Aires, where he also delivers educational courses for local and international attendees. Currently, he serves as an associate professor in the Prostheses Tecnique Lecture and as a Professor in the School of Specialization in Prosthodontics at the University of Buenos Aires.

Dr. Gazzotti has written and published (2008) "The implantoprosthetic Rehabilitation". He has also published articles in specialized journals. He repeatedly lectured in Argentina and throughout the world. 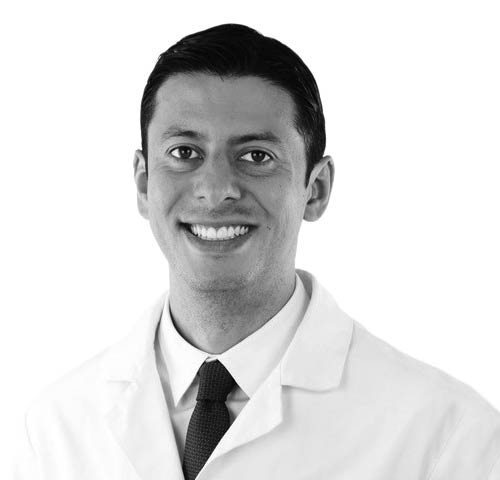 Dr. Conejo is the Clinical CAD/CAM Director at the Department of Preventive and Restorative Sciences, University of Pennsylvania School of Dental Medicine, Philadelphia PA, USA. He conducts research on CAD/CAM technology, prosthodontics and implant dentistry. Dr. Conejo has been the recipient of several awards in his field, to include the ICP Research Fellowship in Dental Restorative Materials in 2016. 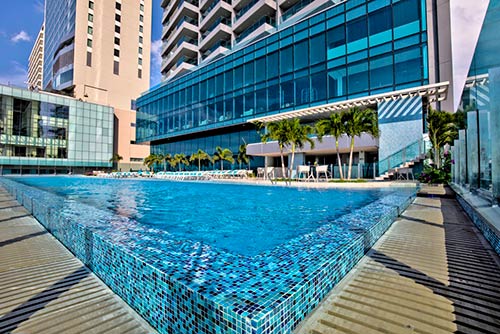 Cancellations must be received at least 15 days prior to the course to receive a refund. Cancellations received with less than 15 days forfeit the fee. BioHorizons reserves the right to program cancellation if attendance is insufficient. Participants will be notified if a program is cancelled or rescheduled 15 days prior to the course date. In any event, the BioHorizons will not be responsible or liable for expenses incurred by the registrant.